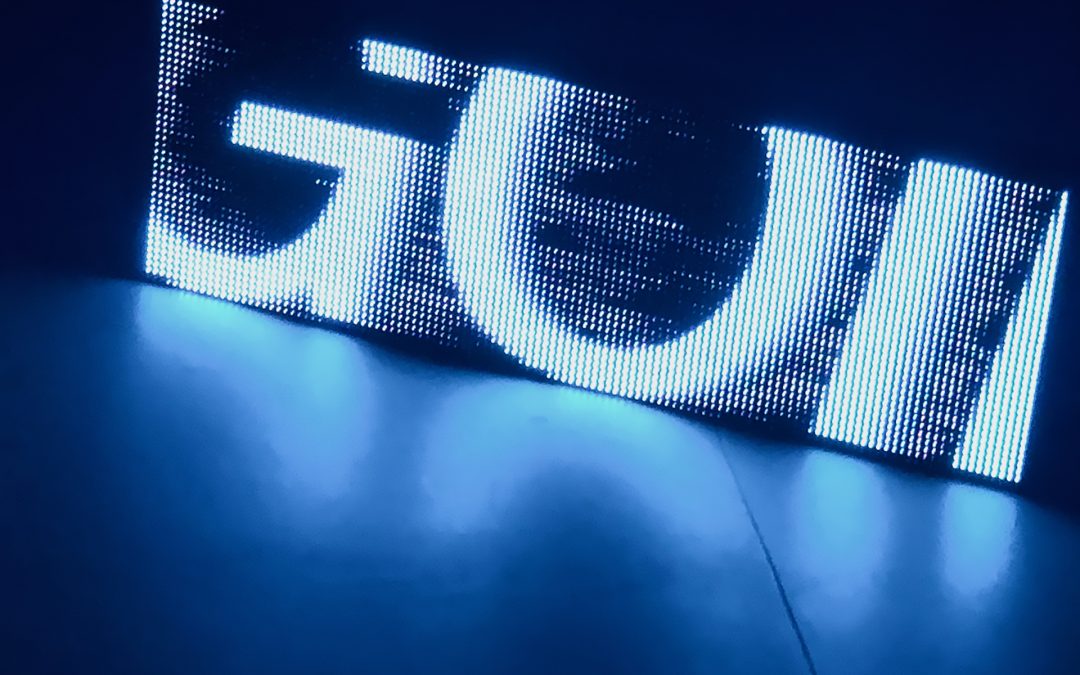 “Night Falls”, a solo exhibition by Chen Wei at Ota Fine Arts Singapore showcases an installation work comprising of ten LED light boards that are positioned across the gallery space. Various color patterns appear on each LED board: every spark of light is part of a synchronized rhythm that moves ceaselessly. Viewers are welcomed to look at the whole installation from different angles to fully experience this unique expression by Chen.

Chen’s series of LED works reflect his keen observation of the ever-changing urban landscape in China. Nowadays, as the artist puts it, LED signage boards have become very common in the streets of China. Chen, however, noticed that many of these LED boards have glitches, which make it difficult for passers-by to read the texts on the boards. The neglected advertisement boards remain, playing broken patterns of images and letters on loop: an uncanny occurrence that brought inspiration to the artist.

A particular phrase repeatedly appears on several of the LED boards, posing a question to the viewer: “Where are you going tonight.” These words may not be entirely visible sometimes due to the design and programming by Chen. At first glance, it comes across as a casual conversation, perhaps between youngsters who are thinking of where to go and have fun. Yet, it also implies an uncertainty of the future. Viewers may experience this complicated feeling while viewing the installation – the night falls, and all of a sudden, one does not know where to go next. Due to rapid economic development, the urban landscape in China is never stagnant. Such changes bring about a strong feeling of being lost. Bright colors of LED lights fill the corners of every cosmopolitan city, a deceptively charming facade of this global sense of alienation.

During the early stage of his career, Chen was well-recognized for his photography work. Regardless of the difference in motifs, Chen has been consistently making models in his studio before shooting them for his work. Of late, Chen has begun to present sculpture works at exhibitions to develop cross-media expressions and has established a presence as an artist utilizing LED boards as part of his work.