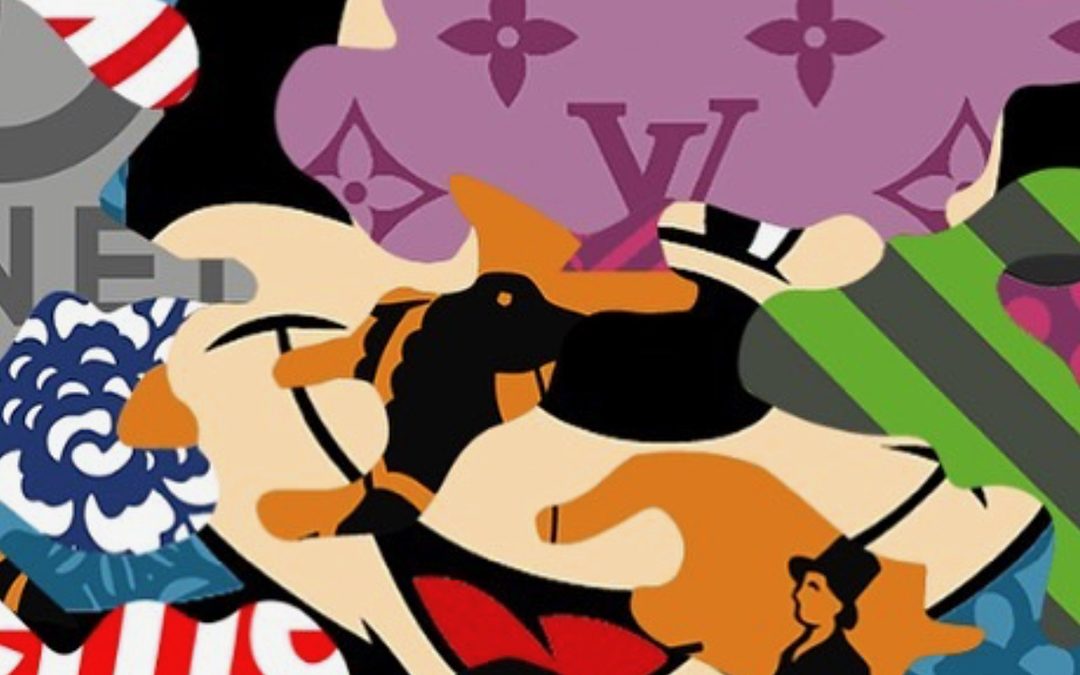 Conceptualized for brand-conscious societies, Andre constructs complex witty tableaux as desirable as the products they parody.

A major portion of Singapore pop artist Andre Tan‘s output riffs on the logos of international brands like HERMÈS, CHANEL, LOUIS VUITTON, SUPREME, in combination with a number of comic and cartoon characters. These animated personalities interact with the brand in anarchically improbable ways, generating a wink and a smile as recognition, then humor strikes its audience. Both brands and characters have high recognition factors in fields as varied as fashion, film, music, animation, and gaming, drawn from both Western sources as in comics and cartoons, or Eastern ones as in Manga or Anime. As such, they are drawn from the very fabric of contemporary popular culture, placing Andre firmly in the genre of pop art.

Conceptualized for brand-conscious societies as ourselves, Andre goes beyond the mere juxtaposition of disparate images to construct complex witty tableaux as desirable as the products they parody.

He blurs the boundaries between reality and the unreality project projected by the mass and consumer culture and questions our negotiation of self- identity in the context of a mass- media economy that remain largely driven by Western culture.